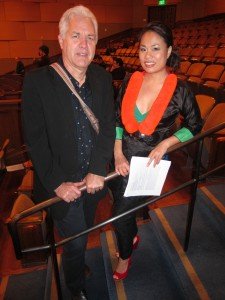 Music of the Lost Cities

by Johanna Poethig and Chris Brown (2014)

Music of the Lost Cities is a psycho-geographical, mixed-media narrative that explores pre and post apocalyptic urban and natural landscapes through imaginary characters named “the sub-colonials” who move through past, futurist, and surreal environments. Like everything else in our late stage capitalist colonial culture, time has been commodified, so no matter how much time we save, we have no time to spare. And in every moment another species on our planet is lost, from the cities to the wilderness. The sub-colonials have reemerged, humans in an innocent and suspended state, navigating by sound in their media dreams through a familiar world of ruined landscapes. Music of the Lost Cities is an electronically animated shadow-play, inventing a futurist epic by drawing on the free association of sounds and images from many different cultures.

The development of this work took place during collaborations with local and global collaborators within real and virtual spaces. It began through artist meetings during the Bay Area/ Manila/ Mexico Galleon Trade artist exchange in 2008. In January 2009 a live radio event titled Transmissions Gangan at Cubao-X in Quezon City, Philippines featured electronic images projected on a band performing live electronic music which was transmitted via FM radio to cars with hifi audio systems creating a live video-sound installation. Collaborators included members of the SABAW Media Kitchen from Manila, Philippines: Tengal (Sound), Tad Ermitaño (Visuals), Caliph8 (Sound) and Malek Lopez (Sound). It continued in February 2010 with Music of the Lost Cities: Scavenging the Cultural Apocalypse at The Living Room in Malate, Manila, which featured computer networking used to create interactive links between the live electronic sound and video. Performances have also taken place along the way at Taman Budaya Art Center, Jogjakarta, Indonesia, and in San Francisco, Oakland, San Diego, and Joshua Tree, California.

The outcome is an evolving series of video chapters, the first two of which were sourced from images and sounds collected during travels in Southeast Asia and India during Spring 2010. Chapter Three is based on Johanna’s performance as Oras Ligaya (“Hour of Happiness”), inspired by the classic TV show of the same name that she watched in Manila as a child, in which Time itself is the central protagonist. Production of the fourth and final chapter, The Landscape Speaks, began during an artist residency at the late composer Lou Harrison’s “Harrison House” in Joshua Tree, California.

(US) Going Under is my 2020 piece for 6 flat-gongs (gangsa) based on data mapping the numbers of Covid-19 infections during the first three months of the pandemic in 6 US states. A video of its first performance earlier this month in Oakland, CA has just been released online as part of the “Composite By the Numbers” series curated by Dayang Yraola in Metro-Manila, Philippines. 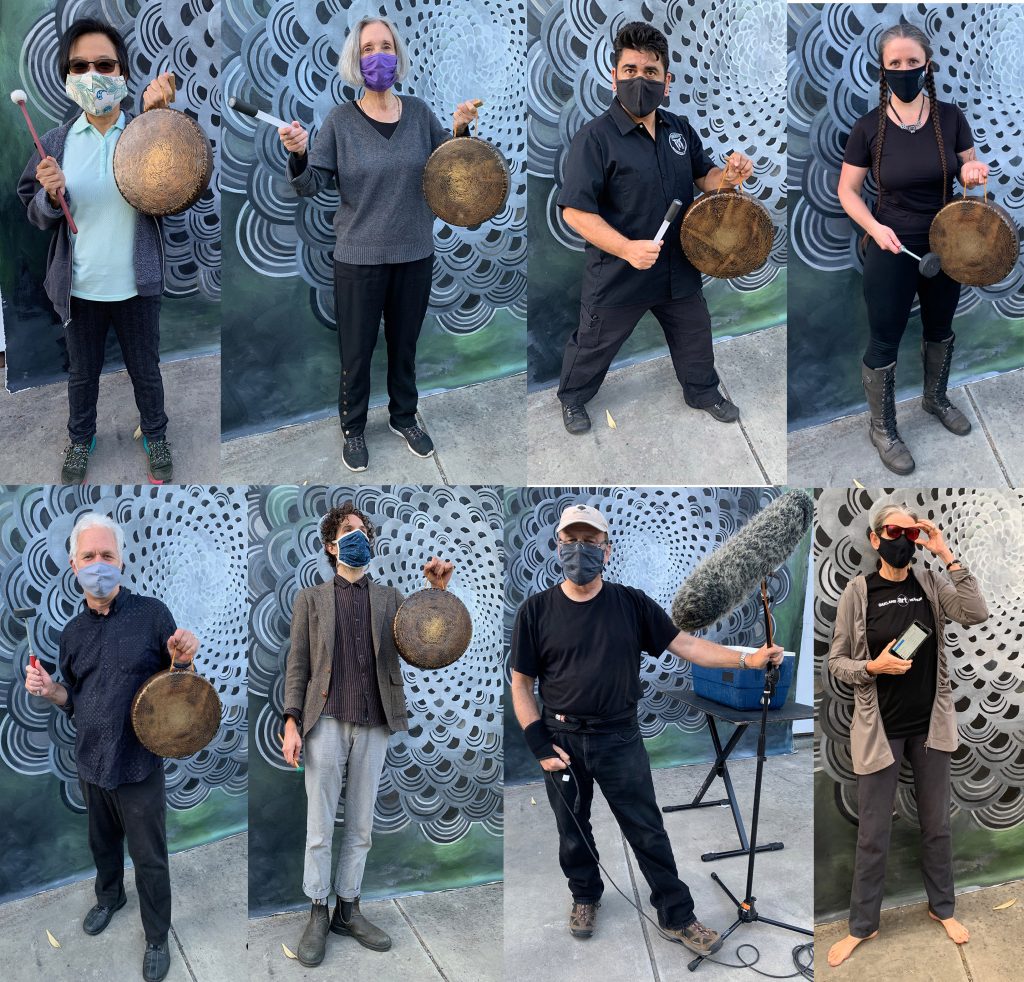 While its structure involves a sonification of clinical data, the twenty-minute piece is a meditation on the passing away of human lives we have been living through during this pandemic, and a sonic ritual focusing attention on the healing qualities of time and nature.